In a country so abundant in history, it can be tricky to know where to begin. Canterbury has a little of everything, from the Romans through dastardly royals and literary Chaucer. It has diverse architecture, a world-class museum, one of Europe’s best cathedrals and some of the cutest shopping streets in Southern England. And of course, as a university city, it offers great food, drink and nightlife, too, making it well worth a longer stay. All that and the city is just minutes away from the coast and glorious countryside. Whitstable, with its famous oysters is a hike or easy cycle ride and Herne Bay and the Reculver ruins lie a little further east. Meanwhile, strike out into the Kent wilderness for forests, nature reserves and wildlife parks: you can even see the UK’s largest herd of African elephants nearby!

Best things to see in Canterbury

Anyone who spends even an hour or two in Canterbury’s historic centre will find it hard to resist the charms of its crooked old buildings, winding waterways and cobbled streets. Even if you do not have time to mug up on your history, just stroll down Butchery Lane or through the Buttermarket, pass through Christ Church Gate and of course, around the UNESCO World Heritage Site, Canterbury Cathedral. The world-famous Cathedral is worth more than a glance, however, as the oldest bits of it date back to the 6th-7th century AD, during Roman rule, when St Augustine was sent to convert the people of Britain to Christianity.

One of the most important is the Roman Museum, which contains superb mosaics, swords, glassware, pottery, jewellery and a helmet from around 55 BC – during Julius Caesar’s invasions of Britain – most of which was found in the city after the Blitz.

But if you only have time to visit one, we recommend The Beaney House of Art & Knowledge. 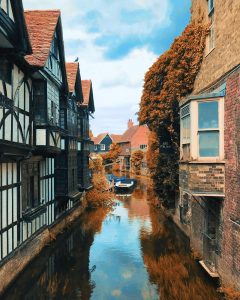 If you are short on time, head straight for the water.

There are several companies that offer boat tours of the Stour, which runs through the city, including the Canterbury Punting Co, who specialise in private tours and Canterbury River Tours, which can be found on the bridge on the High Street.

There are also some great walking tours, from specialist historical periods to ghost tours.

Check out CT Tours, The Canterbury Tours and Canterbury Guided Tours for some of the most popular. 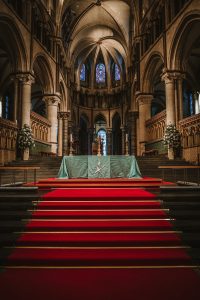 What to do in Canterbury with the kids

There is just tons to do with kids in Canterbury. Start with the two museums if they are into history. And if they are not, the Spy mission walk or the Canterbury Stories Tour, which is “full of gory details, spies and play acting to captivate every imagination” might lead them to be!

For rainy days, Play Islands is a massive indoor space that includes soft play, bowling and laser tag on the outskirts of the city. It is also near a top rated escape room.

For wildlife and nature lovers, make sure to get out of the city to the nearby Howletts, for the aforementioned elephant herd, Wingham Wildlife Park or Wildwood. Each has a differing selection of exotic and native species.

The Chartham Walk is a circular hike of around 5 miles. It takes in ancient villages, orchards and forests and gives visitors a really good feel of Canterbury’s surroundings. 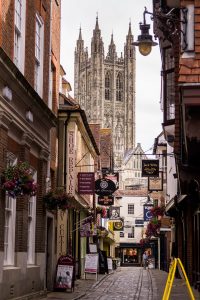